Oh, alright, well, I had asked CoolPikachu about that and he told me that. Thanks for clearing it out. Masatoshitalk 14:31, 31 January 2011 (UTC)

I'm actually okay with it, I like doing it one by one, checking any visible differences from the RS sprites, better to be a steady tortoise than a speedy (and possibly messy) hare. :P Masatoshitalk 21:06, 10 February 2011 (UTC)

Yeah, one by one. Once I'm done with the sprites I delete them to prevent in the folder I store them in (which is by the way called "footprint" leftover from my footprint uploading days.) from clutter. To bad Heart gold back sprites only be unique. That would also speed things up. Back to Gloom (the pokemon...)!—★Pika3323 21:19, 10 February 2011 (UTC)

One thing I forgot to tell you, make sure the first frame of the animation is set at 0ms (set it to skip this first frame) and actually has a shot of the move in action so that people without APNG support can at least see the move, instead of just a normal looking screen. —♥ Jellotalk 17:09, 16 February 2011 (UTC) 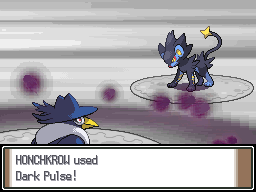 I tried to upload animated version of SelfDestruct but... damn, upload does nothing... It says "waiting for achives.bulbagarden.net" or what the hell it said... After page finishes "loading", I am still on upload page...this equals to wasting time. Also, there is way to decrease file size? 97 frame animation's size is 2,45 MB... Marked +-+-+ 11:44, 8 April 2011 (UTC)

What you mean by "What are you using?" - If you mean how I upload...well I just upload directly by upload media button... It looks that file is just too big, because I uploaded Bite in third generation with 40 frames (yeah, suprisingly short) and about 1MB, and in first* generation, with 39 frames and 352 KB (Generation I has less complex graphics and in effect animation has smaller size), both uploaded without bigger problems. Marked +-+-+ 15:15, 8 April 2011 (UTC)

Uh wait, did not YOU said to me how to do make animated png? If not you, then who?(AnimGet for making screenshots of move->Photoshop for converting into .png->JapngEditor to make animaton)...Okey, I need to go, but I should be back in less than hour.Marked +-+-+ 15:24, 8 April 2011 (UTC)

Yes, I was the one, I'm trying to check if you follow the same procedure I have done, it seems that you do, you don't have to worry about the file size, however, if some of them exceeds the 2 MB limit, give it to me so I can upload it instead. Also, for steadiness, I'd ask you to rather follow a move list in alphabetic order, pick a generation and start from Absorb 'till last move, please. That way, it's easier for us to track which ones aren't moving or the ones that need an animation, you should check the moves list in Bulbapedia for an accurate listing, click to toggle the Generation one, and do that one and the previous ones (if that's the case).
And don't be surprised for the frames, remember that Generation I was pretty simple on moves + everything white + shitty graphics, especially with Tackle and Leer, by far the most basic moves. Also, please, sign EVERY new comment you do (even the P.S. ones), that way I know when you replied. D: Masatoshitalk 21:28, 8 April 2011 (UTC)

Remember to indent your comments, please. D:
Also, give them to me through here, and once I come back I can upload them. Yeah, it's kinda hard to find a <removed>, but you need to intensify your search. And I saw the video, I think you can upload that, I don't think we'll get a seizure unless we stare at it for ages. :P Masatoshitalk 15:23, 9 April 2011 (UTC)

1)"Give" them to you by...imageshack or something of it kind? 2)Getting<removed> is easy part. Understanding that all stuff there in Japanese and getting Thunderbolt is harder part. 3)What you do to upload files bigger than 2MB? :P 4)You mentioned once that one move took you 300 frames. What the heck it was? Marked +-+-+ 18:51, 9 April 2011 (UTC)

Guys, please don't discuss you know what here. We can get into serious trouble. Also, administrators are able to upload beyond the 2MB limit that's why he's asking you give him the animation once it's done. —♥ Jellotalk 19:29, 9 April 2011 (UTC)

Marked, again, please, indent your comments. Actually, through imgur is good, or even tinypic. Well, since I'm a (Junior) Administrator, I can bypass that, so if you can give it to me, I'll upload it for you. And I honestly don't remember which one it was, I've gotten a lot of files with >300 frames lately, thanks to Black and White.
Jello, you got it. No more discussions about that. Now, if you excuse me, I'll beat it. Will be back in a few hours. Masatoshitalk 20:55, 9 April 2011 (UTC)

I can't find Pokémon with which it would work. I tried with Pidgey's Quick Attack, but every time it's says that it (Counter) missed. Any ideas on what Pokémon I should try using it? Note that in Generation I it works only with Normal-type or Fightning-type moves. I skipped it, to do rest of moves. (I also skipped: Bide, because I don't have that TM and Clamp, because of version-exclusive Pokémon) Marked +-+-+ 18:41, 11 April 2011 (UTC)

What settings should I use when I create an animation with Japng? At the moment I just set the display time to 16 ms and leave everything else blank. Frugali 03:43, 12 April 2011 (UTC)

If you were able to go through the upload form and were directed to the file again, then it got uploaded, however, due to server sync related issues, you might have to reload the page in order to see it, or at least purging it by clicking on the clock right at the left of your nick, which is on the top left corner of your screen. Anyways, the file can be seen, although it can only be seen with underscores currently, so I'll take a wild guess and say it's because of sync problems (has happened before, will happen again). But yeah, if you upload it, go through the upload form, it's been uploaded and can be seen anywhere (if we expect the person who uploaded it to not change the link first on Bulbapedia). Masatoshitalk 17:17, 13 April 2011 (UTC)

It's animation in Generation I is very fast... I will have to skip it, at least for now... Still Counter is biggest problem, as for now, I have how it works in this generation I... PS.Is there is a list of ALL moves that ARE in Generation III (NOT introduced, a list of moves in total), sorted alphabetically? That would help with Generation III. Marked +-+-+ 10:44, 12 May 2011 (UTC)

You could sort them through Generations and start from the first one that is in III and keep on it until you finish Generations II and I. Also, if the animation is too fast, then slow it down. Masatoshitalk 05:07, 13 May 2011 (UTC)

When I say "slow down", I'm talking about the frames, add some FPS until you deem the animation accurate. Also, here's a tip; from now on, after getting the animated png, use this optimizer, it will greatly reduce the amount of space it takes for one to animate these files, have you seen I'm normally getting less than one MB now? I used to have animations between 2~4 MB. That's thanks to that optimizer. Masatoshitalk 13:40, 13 May 2011 (UTC)

When you optimize an animation it does that. That particular program doesn't display it properly, but the animation still works nonetheless. —♥ Jellotalk 22:38, 3 June 2011 (UTC)