I'm giving you my permisson to change Apricetx's images because for what he did to your images. (Aywanajp 18:39, 23 September 2006 (UTC))

Just given FabuVinny's were bigger, higher quality, and made just for Bulbapedia instead of taken from another website? He has all the permission in the world to upload his. --Pie 19:50, 23 September 2006 (UTC)

I changed the image for episode DP28 to include Fuwante, but I reuploaded your image of the two young joys 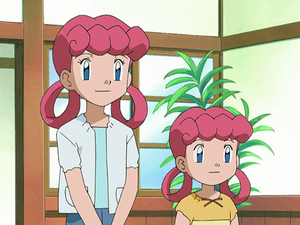 , and for episode DP29 (it depends if you like it, i personally didn't understand the image of DP28) I change the image to include Satoshi and Hikari battling. DarkraiAnkoku

Why did you change the images for episode AG001-AG006?Unsigned image by Worldatlas1989

Waiting line at the suicide booth

They are only being used by the user space, which goes against our policy on limiting the bandwidth produced from it. The eggs used in character articles are not being deleted. --FabuVinny 21:02, 2 August 2008 (UTC)

When you upload the sprites, can you put the Category in the summary so that there isn't recent changes clutter of "upload, edit, upload, edit." Shouldn't it be done in one move? Moldy orange 16:31, 15 August 2008 (UTC)

Oh, I didn't know that. But we missed a category for them all. There should be a "Pokémon FireRed and LeafGreen sprites" category to synchronize with the rest of the games, but surprisingly, there isn't one. If someone else doesn't, I will probably end up making it eventually. Moldy orange 00:12, 18 August 2008 (UTC)

I've went ahead and reuploaded the old versions of the positions of Shellos and Gastrodon to slightly different names. This is due to the fact that the old versions were of the East Sea, while the ones that replaced them were of the West Sea. I did this so that both east and west could be represented by their own portraits, even if East Sea isn't of the best possible quality. --Shiningpikablu252 15:22, 31 October 2008 (UTC)

Did you even look at the template I put up there? They are both on the second image I uploaded! (And they have to be at the same place because of the template.) --FabuVinny 19:36, 31 October 2008 (UTC)

Through what I believe was an alteration you made to a template, there are now many GIF images in "Category:Animated .pngs". I take it the GIF images shouldn't be there. I don't know how we're going to get those GIFs out of the category without wrecking the non-encyclopedic pages on Bulbapedia that still use them (I've already ran through each and every one of those GIFs to check that they're not used on encyclopedic pages). Do you have any ideas? --Shiningpikablu252 19:08, 2 December 2008 (UTC)