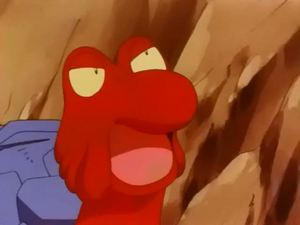 Can you tell me how do you get so high quality pictures ???? I wanted to upload some pictures as high quality as your uploaded pictures.--Aditya Pratap Saha (talk) 07:52, 21 December 2012 (UTC)

Sorry about reverting you're new image for Kotetsu's Swanna. The picture you uploaded appeared as the same one I uploaded. I am Mikoro (wanna talk?) 13:52, 21 December 2012 (UTC)

Kenji-Girl, I have a better picture for Ash's Charizard to upload but I can't overwrite the current file. Is there a way I would be able to get around the overwrite ban and change the image for the better? I am Mikoro (wanna talk?) 01:00, 10 March 2013 (UTC)

I don't know why but every time I try to upload an image, I keep getting an error telling me I don't have permission to create new pages. I checked the faq and it says I have to be autoconfirmed first. I am confused as to the files needing to be edited. Does that mean I have to just help edit random pages on bulbapedia? Sorry if this is a silly question, but I just want to make sure. Midnight Moon (talk) 21:07, 4 December 2013 (UTC)