Welcome to Bulbagarden Archives, TTEchidna. Please read the checklist when you upload media files, and be sure to tag all images. - 振霖T 02:49, 16 August 2006 (UTC)

Yo, we have a seperate Manual of style here that you may want to look at. It would help a lot if you categorise the images you upload. --FabuVinny 12:42, 4 February 2008 (UTC)

Hey man, I was wondering if I could ask you to convert all the animated GIFs from Trozei into animated PNGs, using {{Trozeiani|name|number}}.

I really want to convert all the GIFs to APNG, and figured this would be a good start. All the licensing and categorization is included in the template. Is that a reasonable request? :P MK 14:30, 11 September 2008 (UTC)

>> Well, one, it'd be better to ask on my Bulbapedia talk page rather than archives. Two, I'm kinda busy pnging the AniMSes from Pt. Three, animated pngs look best when they're composed of two pngs, not two frames of a gif. If you could get each frame of a Trozei sprite as separate pngs, however, then we'd be in business...
You could also start off on pnging them up yourself... I'll be on AIM later today and so you can IM me and ask how, I'll walk you through it. TTEchidna 20:38, 11 September 2008 (UTC)

Moldy orange is abusing his admin powers again. He protected and reverted Valley Windworks Drifloon Platinum.PNG for no reason. Unless there's a good reason to protect a page, it's an abuse of admin power to protect it, right? I really want you to do something about him, because he's abused his admin powers way too many times. --Baby G (talk to me) (see my edits) 01:52, 21 September 2008 (UTC)

You were obviously participating in an edit war, which is a blockable offense. I protected the page and reverted it to the original image from before the edit war started in order to stop it. Moldy orange 01:59, 21 September 2008 (UTC)

I know I should ask this in your pedia talk page, but yet I'm asking it here so as to keep your pedia talk page from feeling up too rapidly. Can you please delete the global account of User:Misty-may-dawn rulz(That's my old account)?--Diby 10:22, 19 October 2008 (UTC)

Why did you delete and redirect the Primeape Platinum sprites? Chocolate 17:02, 2 November 2008 (UTC)

Primeape, not being in the Sinnoh Dex NOR a Gen IV Pokémon DID NOT receive new sprites in Platinum. The sprite uploaded was the second frame sprite from Diamond and Pearl. TTEchidna 21:04, 2 November 2008 (UTC)

Several others that aren't in the Sinnoh Dex and that weren't introduced in Gen. IV also have new sprites, such as Ninetales, Oddish and Meowth. And no, that Primeape sprite wasn't the second frame D/P sprite.

What did you change the Archives:Manual of style‎ for Episode and movie screenshots? That is why we have spoilers template at Bulbpedia, and if they don't want to be spoiled they shouldn't look at the page in question.

I was just cleaning up the Custom Sprites on Bulbapedia. The following sprites are not used in any main space pages, so it would be nice if you deleted the files...and it would also be nice if there's a way I can do it myself as the leader of custom sprites. But anyways, below are the ones that are needed to be deleted.
Image:Meowzie.png Image:Bigglybuff.png Image:Ancient Gengar.png Image:Ancient Alakazam.png Image:Snorlax Snowman.png
--Tavisource 18:46, 19 January 2009 (UTC)

Every image needs categories. This helps prevent duplicates from being uploaded. Some of your more recent uploads should have been placed into Category:Logos. Don't forget next time. Maverick Nate 13:59, 28 June 2009 (UTC)

What do you should the uniform name for the anime art be? So far, I've been using Argy's "1k-(name).png".

May I ask you why the heck have you removed some essential and widely-used categories such as Category:Pokémon Ruby and Sapphire sprites or Category:Pokémon Crystal sprites? Is this a part of some new renovation I'm not aware of? UltimateSephiroth 20:27, 16 July 2009 (UTC)

Oh... Okay then, I was wrong. You could, by the way, make that transition project a LOT faster by replacing the category tags on the generation-specific templates (for example Template:Spr 1g). Or are these also going to be deprecated? UltimateSephiroth 21:33, 16 July 2009 (UTC)

It seems that you have given the command that all generation II sprites should be 60x60 pixels in size. However, I strongly think you are wrong. See this diagram I hastily put together:

Just make absofreakinglutely sure that you aren't reverting to a non-transparent version though! TTEchidna 20:22, 27 August 2009 (UTC)

I've screwed this gal up: 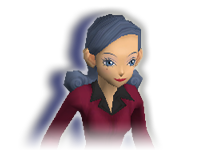 I realized I uploaded the wrong image under the wrong name, and when I tried to fix it, the new image won't show up. Did I miss a step or something? --Manga-in-a-bottle 05:14, 4 September 2009 (UTC)

Hi! CAn you delete this image: image:Rizardon 3.JPG

I uploaded a new and better version. Thanks!

I checked the Ho-Oh "Latest" sprite file, (the 250.png one) and it showed that the latest one was not HG/SS's. So I just uploaded it and NOW it shows me that you changed it before I got to it. I just wanted to apologise for uploading over your perfectly fine file. ASecondOpinion1501 22:54, 10 September 2009 (UTC)

Did you reply to my PM? If so I never received it. I didn't receive a copy of my sent PM either. Is there a Special page on Bulbapedia itself with my PMs or am I supposed to just check outside? I can't find any.

I just found out Maverick Nate is the editor-in-chief for the Archives but since you were the one I sent the PM to- Is it possible to upload PNG images in place of JPG images and other file types? It'd be easier to just upload it instead of uploading a new PNG and then going in to replace it in Bulbapedia. And for the old JPG images I've recently replaced with PNGs can you delete them? There was something about Archeive Cleanup [sic?] month somewhere. Are they automatically deleted when they're not linked anywhere? I'm sure I asked a few more questions in the PM but I can't remember right now..

And I screwed up here (http://archives.bulbagarden.net/wiki/File:EP041.png). When I uploaded the image it showed up as the original one so I reuploaded it and it was changed. I guess I should wait a while, refresh the page, and then check if it's uploaded correctly. --Coololz 13:09, 19 September 2009 (UTC)

There's no such thing as "PMs" on a wiki, dude. Anyway, no, you can't upload pngs as jpgs or gifs or vice versa. Put the {{delete}} tag on there and you should be fine. And after uploading a new version of a file you have to hard refresh twice to force it to update across the servers and in your cache. TTEchidna 20:28, 21 September 2009 (UTC)

The French site again! Ah, that's where we got the high-res Pt art. I swear that's gotta be the file Sugimori himself saved out from Photoshop. TTEchidna 03:54, 29 September 2009 (UTC)

Can I upload this image? Is from HG/SS and we can use it as this:

Only that, before uploading it, someone can put it transparent because I don't know put images transparent. So only that... Thanks. --Poke nav 21:06, 9 October 2009 (UTC)

I suggest that you'd wait at the moment. They're currently revamping everything to HGSS standard, so I think they should finish that up first. The best way would be via forums though. ht14 02:07, 16 March 2010 (UTC)